Air Trek has been providing air transportation since 1978 and once you experience our personal or business jet charters, you will know the benefits of hiring us for all your jet charter travel needs.

Our FAA Air Carrier Certificate (part 135) allows us to operate within the entire western hemisphere. Our private jet charters include a large area we cover, including all of the United States (USA), Canada, Mexico, Caribbean, North, Central and South America.

Worldwide service is provided through strategic partnerships with air carriers throughout the world. Not only are private jet charters a convenient way to travel compared to commercial, but they are also safer and more reliable.

Private jet travel is not for everyone and that’s what makes it so special. Air Trek understands that you want to get to your destination as soon as possible without delays to either start a business meeting or the long awaited vacation.

Customizability: Booked around your schedule and additional services can be added based on our preferences and needs.

Convenience: Avoid spending hours per flight in security lines, connections, checking in, or waiting for your luggage.

Flexibility: Access to more airports than commercial airlines, giving you access to the closest airport to your destination and reducing your ground transportation time.

Comfort: Private aircraft are designed to offer luxury and comfort. You can enjoy ample space and receive personal attention from staff.

Book your charter flight today; we will work hard to make Air Trek your first choice for all future private charters. We can meet you at your local airport. Click here for the first step in booking your next private jet charter.

If you are planning on taking your pet with you on your next trip, a private jet Charter may be the best way to go.

When thinking of taking your pet with you on a commercial airline, there are many things you should consider before doing so. First of all, if your special companion is over 20 pounds, most airlines will have you check them in, and place them with the luggage in the cargo hold. Secondly, a recent government release says that breeds with short snouts (bulldogs, pugs, Shih-Tzus, Persian cats, boxers, etc.) have a very hard time traveling with cargo on commercial airlines. This is because the temperatures can get fairly high making it hard for these breeds to breathe. Additionally, you will not be able to monitor your pets comfort and whereabouts during the flight.

The good news is… when you fly with Air Trek, ALL of these problems can be avoided!

With Air Trek, you can rest assured knowing that your pet will receive the same level of care and attention that you do (which includes a specially prepared Air Trek Pet Amenity Bag!). Many people are deciding to fly on a private aircraft not only for the convenience, security, and comfort provided, but because your furry friend will remain with you the entire time allowing you to make sure that they are safe and sound by your side. This can reduce the stress on both you and your pet giving you peace of mind in knowing that they are relaxed and calm right by your side. Also, when flying private there are no restrictions on the size or the breed of the animal.

Pets travel on private jets more than you may think. In fact, Air Trek has been a part of flying prized show dogs, a Russian Wolfhound, cats, and even lemurs in our aircraft! Nothing beats the comfort of knowing that your pet is relaxed, comfortable and in the best of hands during your travels. With this in mind… let Air Trek take you and your pet on your next journey. After all, PETS ARE PART OF THE FAMILY TOO!

If you have additional questions about restrictions, especially in regards to traveling internationally with your pet… Please Call 1-800-AIR-TREK (800) 247-8735 for further information.

Wayne holds a FAA Airframe and Powerplant Mechanics Certificate with an Inspector’s Authorization. He is the former Director of Maintenance for Air Trek and coordinates overall operations with Air Trek’s Maintenance Department.

Wayne has attended factory approved maintenance training and attends regular recurrent simulator training in the Citation and Westwind aircraft. Flying since 1970, Wayne has amassed over 17,000 flight hours of experience, over a third of which are as a Flight Instructor. Wayne has been recognized with the prestigious FAA Flight Safety Award for his work as a FAA Flight Safety Counselor and FAA Designated Pilot Examiner.

Serving as Air Trek’s primary liaison with the FAA, Wayne oversees development and updating for the company’s General Operations Manual, Operations Specifications, Training Manuals, and Safety Management Program. Wayne is an Air Force veteran and a graduate of Edison College. He has been awarded the Certified Medical Transport Executive (CMTE) designation by the Association of Air Medical Services. 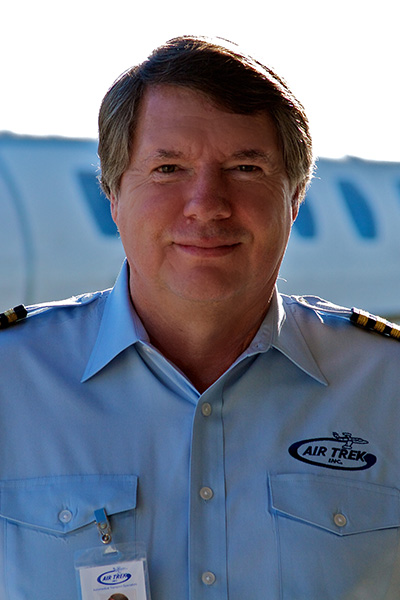 Dana has been with Air Trek since its inception in 1978. An ATP pilot with more than 8,000 hours of flight experience, he is type rated in the Cessna Citation and holds Commercial Pilot single engine land and sea and Helicopter licensure by the FAA.

Dana was approved by the FAA to serve in the required position of Director of Operations in 1984 and has served in that position for the past 28 years. He has been continually qualified as a pilot for Air Trek since 1979.

Dana has served for 9 years as President and/or on the Board of Directors of the Professional Aeromedical Transport Association (PATA). From 1999 to 2008 he served on the Board of the Commission on Accreditation of Medical Transport Systems (CAMTS) as a representative from the National Aviation Transportation Association (NATA). Dana has been awarded the Certified Medical Transport Executive (CMTE) designation by the Association of Air Medical Services. He currently serves as an active member of the Air Charter Committee of NATA, the marketing committee of the American Case Management Association (ACMA), The Lee Airports Special Management Committee and the Charlotte Homeless Coalition Foundation.

In 2006 Dana was responsible for spearheading the development of Air Trek’s Safety Management System (SMS) which was one of the first to be accepted in the USA. Canada and European countries now require SMS for their aviation operators and soon it will be required in the U.S. As a result of Dana’s safety minded vision, Air Trek’s SMS has been in place for years.

Dana’s main responsibility is overseeing daily operations and logistics of the company which can include multiple simultaneous operations both domestically and on other continents. 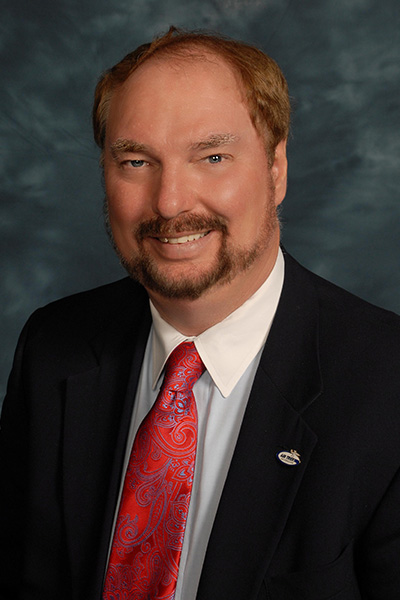 Having been born into the Air Trek family, Aaron soloed a multi-engine aircraft on has 16th birthday, received his Private Pilot multi-engine license on his 17th birthday and on his 18th birthday simultaneously received his Citation Jet type rating and a Commercial Pilot license, all while most are just learning to drive.

Aaron divides his time between Financial Management and flying.

Meeting the requirements of the Transportation Security Administration (TSA), Aaron serves as the Aircraft Operations Security 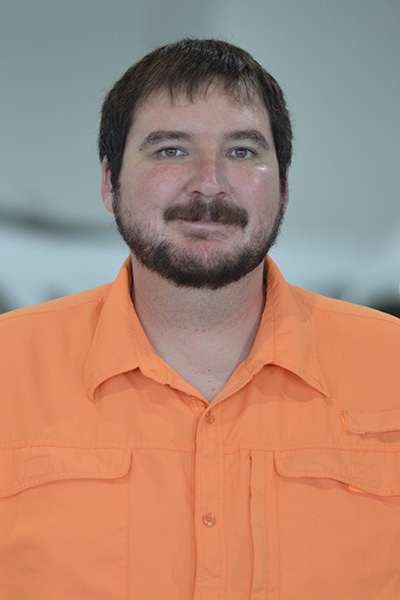 While in the Air Force, Lester attended the NCO leadership Academy as well as a long list of mechanical technical schools. The global requirement for Lester’s USAF career took him around the world being stationed in Little Rock, Phoenix, Aleutian Islands in Alaska, Saudi Arabia and Korea.

Lester joined Air Trek in 1995 as an assistant maintenance technician and plant manager. His extensive experience with computers provided an excellence background for the repair and maintenance of Air Trek’s biomedical equipment; and after attending numerous factory bio-med schools, Lester now handles almost all of Air Trek’s bio-med repairs and recurrent certifications in addition to Air Trek’s computer systems.

Finding a new home at Air Trek after a full career in the Air Force, Lester earned a FAA Airframe and Powerplant Mechanics Certificate as well as Private Pilot Certificate with single / multi engine land and instrument rating. In 2003 Lester was appointed by the FAA as Air Trek’s Director of Maintenance, the FAA required management position he currently holds.

Because of the vast technical knowledge Lester has amassed about twin engine Cessnas as well as Citation and Westwind jet aircraft, he is now called upon regularly for technical guidance by other aircraft operators. 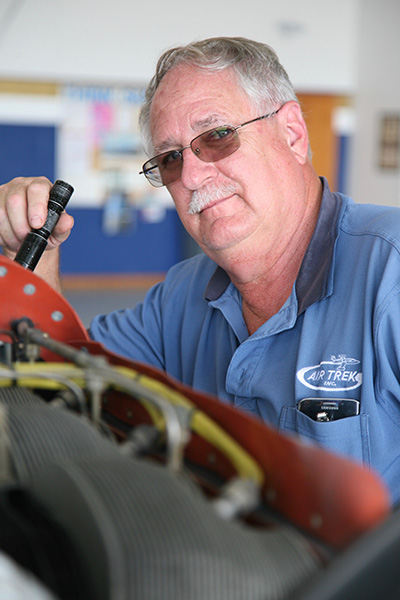 Enjoy the perks of private travel with the TREKCard!

Learn How
Scroll To Top